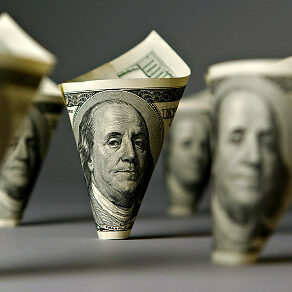 Posted at 09:12h in Economics, Leadership by Jeroen

Recently, I came across this little excerpt that I would like to share with you all. Latest developments in neuroscience prove striking similarities between how our brains react to financial gains on the stock markets and how they react to the effects of cocaine.

“In a sense there is a resemblance between the brain of someone predicting a financial gain and that of a drug abuser. A dopamine “buzz” is created by the cue, which prompts us to be more aggressive with our money. When acting on the cue fails to produce a reward, the dopamine level still increases dramatically, leaving us in a profound funk. We’ve all known someone who seemed to care more about money than approval. Maybe it’s true for most of us – at least one study suggests that it is. That study involved ten men between the ages of twenty-two and thirty-seven. The researchers gave them a “ Go-/No-go” task – instructions provided on a computer screen to press or not press the mouse within a specific time sequence – under two very different reinforcement circumstances. When the participants gave a correct response in accordance with the instructions, they were rewarded by one of two reinforcers: money or a simple “ OK” Using positron emission tomography, the researchers found that behaviour rewarded by money significantly activated dopamine centers. “ OK” had a much weaker effect.

So there you stand with you million-dollar windfall. The excitement comes from the prospect of acting in a manner that ensures an unpredictable reward. Let’s say this would be investing in stocks. From the description of the economy at the time, stocks are the most uncertain choice, but a reward resulting from such a long shot would be very pleasurable. Your dopamine neurons become more active with risk. If the investment begins to go up, your brain will get excited over more investments in the same area. This will enhance the risk, surely, but also the likelihood of euphoria. Let’s assume that you went ahead and invested a large amount of money in Company X, but that the stock’s success was highly unpredictable. The unpredictability caused heightened stimulation of your dopamine receptors, thus adding to your anticipation and excitement that the stocks would rise.

The result: you overreact and prematurely remove your money from the market. If enough people did that, the market would inevitably drop precipitously – which in fact it did in the late 1990’s.”

Like I said in one of my earlier posts, there’s nothing wrong with money. However, it appears that our brains are wired in such a way that our reaction to money and reward evoke some major pitfalls. If, as a mankind, we want to evolve and build our 21st Century Society, our first and foremost step is about becoming aware of these.

“ The expectation of making money or of obtaining any reward for that matter, leads to motivated behaviour (greed), which can induce lying, fraud, embezzlement, and the sequestering and theft of assets.”