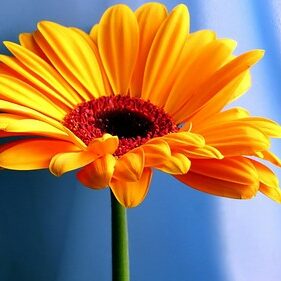 Posted at 14:48h in Consciousness, Economics, Leadership by Jeroen

In order for the giving society to physically manifest, we will first have to experience some shifts in our collective consciousness. This process has already long begun, and follows the path from the mind to the heart.

The thing with consciousness is that it progresses once you are confronted by positive or negative events in your life. Think about it. Marriage, the birth of a child, the loss of a loved one or illnesses: many put their lives in a different perspective.

And this is exactly what is happening on a collective level. We are so much being confronted by the effects of our own behaviour (global warming, pollution, inequality, greed, poverty, wars) that we are collectively putting our worldview, our beliefs in a new perspective. In search for a new paradigm that will lead us happily into the 21st Century.

In my practice, I guide individuals and businesses along a path of consciousness development, through to spiritual awakening (for those who are ready). Although the stages in consciousness development is an intertwined and emergent process that might be difficult, if not impossible, to untangle, from what I’ve experienced some distinct phases can be identified. They provide some footholds in the understanding of what is in essence ungraspable.

This phase is basically twofold. First of all, it is about becoming aware of the challenges we face in this world. About honestly and unprejudiced observing the design of our monetary, economic, political, food systems and its effects on ourselves, our society and our planet.

Second of all, this phase is about becoming aware of and embracing the notion that our world fundamentally finds it origin in an all-encompassing frequency field in which reality rises through thought, on the verge of our subconscious and conscious being (you might want to check out on some easy to read books on quantum theory in my suggested reading list).

Self Consciousness & Living from Heart

Inescapably, at some point in time, we will get thrown back upon ourselves. Because in a world in which the collision of conscious and subconscious thought creates reality, the fundamental question becomes: what do I want my thoughts to be? And which blockages (un) consciously stop me live from the heart?

In this process of Self cultivation we will have to teach ourselves to observe our own disturbances without judgement. Allowing everything to be, whether they are thoughts, emotions, physical experiences. Without judgement, because just like people, they are waiting and willing to be understood. Having a predetermined opinion will only impede this process of acceptance and self-love. This process is one of continuous letting go. Of expectations. About ourselves, or of what we believe others confer upon on us. Of memories. Of any desires. Of detrimental thoughts. Of thoughts. Of opinions.

Mastering the above two steps will lead to a heightened conscious state, which will allow us to lead the happy life. But at this moment we’re still living in a ‘dream-state’.

Cutting edge science has revealed a fourth human consciousness state distinct from waking, dreaming and deep sleep: the unified field of consciousness. Becoming one with this unified field of consciousness one might call spiritual awakening. This realm surpasses time and space and is much like an ocean. Each wave is part and inseparable of the sea. This realm is full of nothingness and stillness, the primordial state of being from which an infinite world of potential opens itself up.

Some characteristics of awakened souls are loss of dualism, Ego and judgement, unconditional love for themselves and everything else and an intrinsic realization that the world we live in is a material illusion for our souls to learn what they’ve decided for themselves to be taught.

Recently, I’ve had the honour to experience the spiritual awakening of a dear friend of mine. The first thing he said was: I need to give more and I need to hug more! Do I need to say more?

A process of cultivation

We can’t push consciousness. It unfolds itself just like a flower reaches the phase of blossoming. We humans  do have the ability however to slow down this natural process of consciousness development, by desperately sticking to emotions, thoughts, expectations in an attempt to exert control or by mistreating our physical being by eating processed & modified food. If we keep ourselves physically, emotionally, mentally clean and centered, we will allow consciousness to follow the path of nature and blossom within ourselves. As such, consciousness development is the process of letting go. Anyone can cultivate any consciousness state they wish for (for some practical tips see below).

Like I’ve mentioned before, the phases mentioned above are not necessarily linear or hierarchical. Some might awake spiritually and then become aware of Self and the challenges we face in our world. Others start by exploring the Self first. Some use techniques such as yoga, meditation or shamanism. Others need severe confrontation to take a major leap in their consciousness.

In essence everybody is enlightened and has unlimited access to an infinite universal body of knowledge and potential. It resides in our hearts. The only thing we have to do is become aware of our true selves as beings of pure consciousness that have the ability to create the reality we all feel inside.

There’s a difference between knowing the path, and walking the path.
(Morpheus to Neo in the Matrix)

99 tips to help you live more consciously – Wake Up World