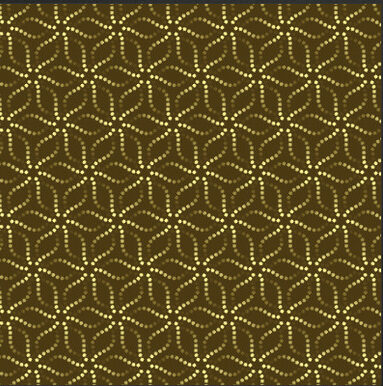 02 May Giving and Receiving lessons

Posted at 17:58h in Consciousness, Leadership by Jeroen

Two days ago, Alice Thuss, a dear friend of mine, organised the Giving is All we Have ‘Share & Care’ event during the national celebration day of our Queens’ birthday. With this experiment, we had the intent of exploring an economy based on giving in real life.

The event took place in Harderwijk, a small city in the middle of the Netherlands, and the concept was rather straightforward. We provided people with a physical place where they could freely give and receive products & services. It was a beautiful day; the sun was shining, dj’s were playing some nice tunes & the vibes were good. Some important lessons came to surface, which I would like to share with you all.

Many people who came to the event expressed their enthusiasm about the Giving philosophy. They seemed relieved, as if they finally were provided with a platform with which to fulfill their intrinsic urge of giving. Many immediately started to see for themselves what they would be willing to give.  An abundance of products found their way to the ‘ Share & Care’ event, from food to books, to paintings, games & clothing. What I’ve experienced however, is that many people gave away stuff that they weren’t really emotionally attached to. Stuff that they didn’t really need anymore.

2. But the magic unfolds by giving things you don’t want to give

But the power of giving unfolds by giving away exactly those things you would have difficulties with letting go. At some point in time, a lady decided to give away her vintage photo camera. She inherited it from her grandfather. Clearly she had a tough time giving it away, but she identified so closely with our intent, that she decided to give it away. Eventually she gave the camera to another girl, who was a photographer who immediately fell in love with that ancient piece of beauty.

At first, the girl had a hard time being able to receive it. Something which I can vividly imagine, as this camera clearly had a lot of emotional value to the lady who was giving it away. But when she finally accepted the gift, tears rolled down their cheeks as they fell in each others arms of happiness. ” I am so happy that this camera now is in the hands of a girl like you.”, the lady said.

Now, there’s the magic of giving & receiving. These powers are amplified by giving away the things of which you truly believe that they will make somebody else happy. And this often is something with a beautiful story behind.

Now, I’ve seen that many people want to give. But maybe even a bigger challenge is receiving (or in my definition: giving somebody the joy of giving). Our crew really had to push and convince the visitors to take anything they wanted.

At the event, I gave away a gaming console with games and all. Nobody would take it for over hours and hours. It had too much value, in their opinion. Somehow, receiving felt strange to people: “So I can just take anything I want, and are you really saying that I don’t need to do anything in return?”

If people wanted, they could take everything on offer all at once. Nobody did that however. “I will just take this one thing, so that there’s something left for the others”, we heard many times. Apparently, people compassionately think of others as well.  Sometimes, our crew insisted to take some more if anybody saw something they liked. Eventually, they would then accept that product.

Receiving also triggered an interesting reciprocity mechanism: everybody who took a product or service felt the urge of giving something back, doing something in return. Giving triggers a ripple effect in our society, as people want to express their gratitude for what was given to them. We insisted that they didn’t need to do anything in return, as all of the things were freely and unconditionally offered to anybody. The ripple effect doesn’t have to be linear, but unfolds chaotically. A simple act of giving causes people to become more open and grateful towards others.

Now, this very gift became a consciousness challenge for myself. After a couple of hours, a person came by who was willing to receive my gaming console with all the games and controllers. He told me that he was going to trade it for beer (which he, I must say, would share with others).

Obviously, I had the idea in mind that I’d prefer to give this object to somebody who really needed it and somebody who would joyfully use it to play games. But that’s not what unconditional giving is about. Anybody could take any product for any reason. So I gave him the console and wished him good luck and all the best with it.

To be honest, I felt ambiguous and observed how my consciousness experienced some friction. It felt like a sort of test and experienced how this giving and receiving thing really pushes my consciousness. But I firmly belief that the ripple effect will do its thing.

We had a free hug team to promote the event amongst the mass. The idea was simple. The gave away a flyer (with all the information on the event & philosophy) and a free hug. Many people joyfully accepted the hugs. Others would decline it. Many men said to me “I don’t want it, I’m not gay.”  Sigh. Right. Emotional blockage coming through.

I remember offering a free hug to two parents who were walking around a public square with their daughter (maybe she was around 7 years old). Although the parents wouldn’t accept the free hug, the little girl shined and screamed: “I do,  I do, I do!”  Haha. Children do not yet have all of these physical, emotional or rational blockages that refrain them from receiving a compassionate hug.

All in all, some beautiful teachings from a wonderful event. I would like to say thanks to all the people who made this possible. Specifically Alice Thuss and Rogier van der Heijden for organising this event. Julian Deley, graphic designer at www.de-beeldmaecker.nl for designing the flyers. And of course printer Accent Graficenter Putten www.copy.nl for their flyer printjob.

Without their unconditional support and belief in the philosophy of ‘Giving is All we Have’ these invaluable teachings and the heaps of fun we had would have never been possible. Thank you, guys.

The Economic Crisis: Part I
‘Me First’ versus ‘We First’ Economy?
99 Ways to Live Consciously
Soul Teachings
do you belong to Generation G?