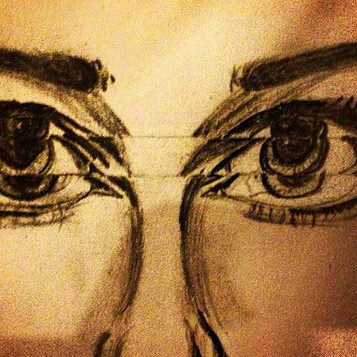 Posted at 22:07h in Economics by Jeroen

Do you believe you have control over the world around you? That the world is controllable causality? That you can simply isolate particular events to shape your future? Think again.

And this is what astonishes me most.  When we consider that we are part of the infinitely complex open system of our cosmos, why do we stick to such a primitive means as the Ceteris Paribus assumption? If we acknowledge the idea that we live in a perpetual flux of ever-changing context, whether it be thoughts, emotions, time, space and whatever more, what is the net-value of the Ceteris Paribus concept? It might work in closed finite systems with well-defined boundaries, but reality is less straightforward as sometimes we would like it to be.

And yes, it might prove a handy theoretical tool to get a grip on complexity. I can understand it from the perspective of the innate urge of our rational brain to avoid uncertainty. The more an issue is narrowed down, the more exactly it can be handled. But also to the detriment of real life correspondence. Mistakes are never made in classrooms, only in practice.

Variability of the supposedly known

Because of Newton, we now know that the forces of gravity on an apple falling from a tree causes it to accelerate at a rate of 32ft per second per second. But laws of nature only work in the physicists mind. Several decades ago an experiment was designed at the National Research Council of Canada to determine the acceleration due to gravity of a falling metal bar. Using all the  resources of a major research institute an attempt was made to eliminate all influences of the universe and create ideal, repeatable conditions. The result? There’s no such thing as stable outcome. Not one time they dropped the metal bar results would be stable. In the complex world we live in, any of these fluctuations would be enough to severely influence everything else.

Now consider something as fragile as our ideas, thoughts. Take the metaphor of molecules in a gas, all 10 to the power 23 of them. Something as slight as the act of lifting a pool ball on the star Alpha Centuri would suffice to disruptively influence the ordered motion of a gas in a fraction of a second here on earth. Imagine what effect a simple idea, thought or action can have. So much for Ceteris Paribus.

Ignorance towards the scary unknown

For those interested, I would highly recommend reading a book by Nicholas Taleb called the Black Swan. He insightfully argues that in predicting the future we persist relying on repeatable events in the past.  While the future is increasingly determined by improbable and unique events. Again, it’s our brain and its inability to make reasonably sound judgments, that keeps fooling us.

Shifting our attention to the unlikely and highly impactful events, requires flexibility. It requires trust. It requires us to embrace a complex world as the result of pre-established harmony. In which everything influences everything. A world in which you are a participant instead of observer. Not one that allows itself to be captured or controlled by linear equations, but by the unexpected, the non-linear and the infinitely sensitive. A world in which you reap what you sow, often referred to as ‘Karma’ in Hinduism and Buddhism.

Don’t let externalities determine your actions. But then what’s left to determine them, I hear you ask?

As your fellow inhabitant of this humble little planet, I kindly ask you to be thoughtful of what that action will be. It affects all of us.