A Guidebook to Creating the Future 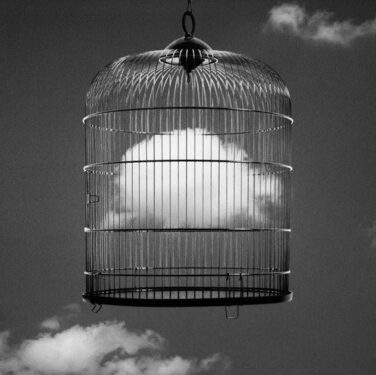 07 Sep A Guidebook to Creating the Future

Posted at 18:30h in Inspiration by Jeroen

We have reached 1001 likes! For this special occasion, I would like to share the insights with you that I’ve gathered over the past couple of months. They will help you playfully create our future and become a ‘consciousness warrior without a fight’ yourself!

Many people ask if I face a lot of criticism creating this society I foresee. Honestly? Yeah, I do. The challenge however is not to get discouraged by it. I always take two perspectives into account that turn this quest into a funny game that gives a lot of energy.  But before we go into that, consider the following first;

Relieve yourself from any belief systems

Did you know that any of your thoughts or belief systems, whether it’s about society, your self or ‘others’ or any principles you have block you from your true creation potential? And that all of these belief patterns physically manifest in your body as well? Take for example subconscious non-verbal expressions or how having rigid thoughts inextricably lead to physical rigidity.

If you still have any belief patterns within yourself, you allow other beliefs to dissonate with it. That’s when energy starts locking you down, and you allow other people’s energy to drain yours. Be nothing. From that point on you can truly start to create.

Two perspectives to take in mind

Now, the two perspectives on creating the world. The first is about taking the current system as a starting point. It is important (for your own wellbeing) to take in mind that any destructive criticism you might face will always stem from people that adhere to this perspective, whether it’s about this whole moneyless thing or the ‘questionable’ possibility of a collectively & physically manifested unity consciousness from the heart.

The second perspective is about taking that possible world as a starting point. This is a realm of infinite potential. People that adhere to this perspective already feel its essence within, and some of them might even have had the courage to act upon it (to a greater or lesser extent).

Everybody has a heart

Don’t get discouraged by the first perspective. Remember that it is a logical result of unawareness. People that have rational scepticism about a world of giving, basically reflect a part of themselves that they haven’t yet understood or accepted  (for example the idea that ‘there will always be opportunists that operate from Ego’. Where would that belief system stem from?).

We all are humans. And thus have a heart. Tap into it, tell a story from your heart. Other hearts consonantly respond to that. Some consciously understand directly, and know that for others it works on a subconscious level and takes a while before it comes to the conscious surface.

You’re probably eager to create that world you foresee.  Be aware however, not to get lost in that eagerness, it can only backfire. Like I’ve said before in previous posts, consciousness can’t be pushed, it has its own pace for every individual. And that’s okay. Everything is allowed to be present as it is waiting to be understood. And that pace is different for every single one of us.

Remember that you’re not rebelling against anything. It helps to realize that the Society we’ve built so far has been a great teacher, which was exactly its purpose. There’s nothing wrong with having such a great teacher.

I never could identify with movements such as Occupy and even (to a lesser extent) Zeitgeist, because I felt a lot of anger there. And I couldn’t relate to that, as I don’t want to take over anger or frustration. It can even have an adverse effect. You can just as easily portray that possible world and pragmatically show people that it’s already there.

Realize that in your quest to manifest your ideas you’ve got several instruments to your disposition.

Now, the more of these instruments you use parallel to each other, the stronger and more effective your message becomes.

Choose your own game

Now that you’re ‘armed’ with all of these insights,  you are ready to enter to what people from a duality consciousness would call ‘the battlefield’. Obviously, there is no battle at all, because you know that if you’re fighting somebody else, you are fighting with yourself. That ‘battlefield’ is basically the process of getting to know yourself.

You can however, strategize. Would you like to ‘target’ and mobilize high impact players, train them to the level of nothingness and get the snowball rolling? Or do you prefer a ‘mass approach’ in getting people from a duality consciousness of the mind to a unity consciousness of the heart? Or maybe a parallel approach would suit here as well? It’s all up to you. You create the world.

Latest developments around Giving is All we Have
We are currently educating some carefully selected souls in our soon to be announced school. They are energetically, rationally, emotionally & physically being prepared for a heart-based society, being prepared for what it is like to truly live from their hearts, are relieving themselves from any restraining belief systems and are taught how to make use of their full potential in alignment with their soul purpose. Curious? Drop me a line.