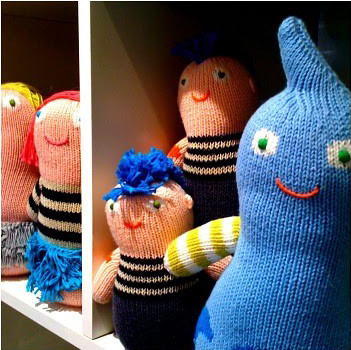 Posted at 06:52h in Economics, Leadership, Society by Jeroen

The times are changing. Corporate Social Responsibility (CSR) executives will have to shift their attention to deal with the biggest challenge for our 21st Century.

CSR aims for businesses to encourage community growth and development, and voluntarily eliminate practices that harm the public sphere. R. Edward Freeman (1984) described it as a shift from shareholder to stakeholder approach. Over the past decades many instances and initiatives have mushroomed with the purpose of creating forward thrust for businesses to adapt this ‘stakeholder strategy’ (a.o. ISO 14001/26000, Global Reporting Initiative, UN ISAR). In 1998, the triple bottom line was coined by John Elkington in an attempt to stretch the criteria for measuring a company’s success to include both a social, ecological and economical perspective. Later this became known as ‘People, Planet Profit’. More recently, the Cradle-to-Cradle philosophy of sustainable business & product design speeded up the awareness on and the necessity of sustainability.

Meanwhile, but slowly, companies began to internalize, embrace and act upon the ideology. Ever since its existence, Ben & Jerry’s dedicated a fixed percentage of its profit to the good cause by use of its Ben & Jerry’s Foundation. A new breed of companies then fully integrated sustainability & CSR into its business model: Innocent Drinks applies only natural ingredients, zero-waste and recycling policy and community profit sharing. Only recently, CSR experienced a rapid uplift. People simply do not accept infinite exploitation of our earth’s resources anymore. And have latent frustrations about the way we do things around here, both in the economical and social sense. It’s good to see that last year, fast-mover giant Unilever took the lead in sustainability by their Unilever Sustainable Living Plan.

On the flipside, critics will argue that CSR is nothing more than a ‘trick’ of organisations to create preferential advantages for their products or business. To lure their customer base into buying more. In addition, free-market fundamentalists like the late and Nobel Prize winner in Economic Sciences Milton Friedman (1912-2006) have argued that the purpose of an organization solely is bent towards maximizing shareholder value. That only people have social responsibilities, not organisations.

From another angle, an increasing amount of people criticize foreign aid by governments to third-world countries. You probably come across a person or two that posed the argument that ‘we are spending too much of our GNI (Gross National Income) while we don’t know where exactly the money goes to’ and that ‘we even do not have the faintest idea about its effectiveness’.

Meanwhile, third-world (or any non-Western) countries, although willingly to accept any economic-, political- or educational help, are at the same time sceptic and suspicious. And who wouldn’t be? We are institutionalizing the same Western mechanisms that have lead us into our troublesome economic, social and political reality. The very same that excruciatingly faces us with issues of greed, inequality, obesity, lowering trust, burnouts, anxieties, pollution and fragmentation, to name just a few. And the list goes on and on.

Now, let’s consider the following. Any teacher, any parent, any management development guru will stress the importance of role modelling. It basically holds that showing correct behaviour strongly guides others’ behaviour. We naturally mimic the ones we have in high regard (consciously or unconsciously). Neuroscientists will ascribe this tendency to our “Mirror-neuron mechanism”: a mechanism that enables us to learn from observing the patterns of others on how to behave (morally) in social situations.

It happens to be that our businesses currently are of most influence on how we do things around here. Following the basic premise of role modelling, if businesses retain a sole focus on money and merely reap all benefits for themselves, we will mimic accordingly. Greed and self-centricity will automatically rise to the surface. Monkey see, monkey do.

Traditionally, the majority of socially oriented CSR initiatives are geared towards transferring means or money to “Non-Profit” and “3rd World”. But in in order to credibly, effectively and sustainably operate towards ‘the rest of the world’, we might consider putting our own house in order first. Because only then our society can show true leadership (and no, not leadership of  ‘old’ competitive, hierarchical kind, but leadership of the kind that serves, is humble and is based upon genuine interest and purity of intent).

And this constitutes the biggest challenge  for CSR for the 21st century.  The major shift in our CSR efforts will move along two axes: “From Profit to Profit” and “From Western Society to Western Society”.  So that we free ourselves from the previously mentioned downfalls of the way we do things around here. The philosophy of Giving has the power to do so by encouraging generousity between people and businesses, creating social coherence and ultimately happiness. After all, Giving is fun! By doing so, we are slowly rewiring our brains using its Neuroplasticity (the ability of neurons to forge new connections at the synapses) and enabling our society to be moulded into a more socially and generousity oriented one.

Don’t get me wrong; I’m not saying that we should cut all foreign aids or social CSR initiatives in 3rd world countries. In the contrary, a lot of help is necessary and useful. But we do not want to expose these countries to the issues we are now learning from. And the major challenge that lies ahead of us is to honestly introspect and put our own house back in order again. How? You will read here over the next coming months, but you can already start by reading the following, if you haven’t done so already: