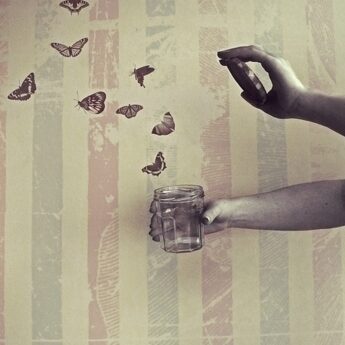 Posted at 18:51h in Consciousness, Society by Jeroen

When you give, do you expect something back? Is giving with those reciprocity expectations true giving? Or is it merely an action to achieve your chosen end?

The true nature of the gift lies within its unconditional nature as you express your gratitude in one way or another as a token of appreciation for something else, nothing more. Yet I found out that giving without this linear reciprocity expectation eventually lead to getting something back sooner or later. From all over the world people are willingly helping me out to fulfill my goal of getting this world to give. And although I’m filled with joy and humble gratitude, in essence it isn’t so strange.  It’s just the way our world works.

Chaos theory studies the behavior of individual elements of particular dynamical systems. For example, weather predictions models are so highly sensitive that a single change in initial condition yields such divergent outcomes that long-term prediction is rendered impossible. Edward Lorenz coined this ‘the Butterfly Effect’: the clap of a butterfly’s wings could cause a tornado in Texas. Basically, the whole world we live in is one chaotic system in which everything influences everything. Maybe it is easiest to imagine it as a bowl of marbles. Dropping one new marble in it will inevitably move every other marble to a greater or lesser extent.

Now let’s shift our attention to the immaterial world of thoughts, ideas, emotions such as love, compassion and joy. All of these are frequencies that resonate and influence the world around you.  Do you laugh because you want someone to laugh back? Or are you  truly experiencing a moment of pure joy? In the first case, you probably won’t succeed or realize the opposite effect and others will regard you in suspicion. In the second case however, you might end up giving others the gift of peeing their pants as well. ;-)

Giving, whether material or immaterial, from an intrinsic drive, without expectations has the power change the world. And before you know it something is given back to you. Non-linear and from an unexpected angle. Yet always in line with what you’ve put in it. Negative of positive. Now, let’s fill up this bowl with beauty.

do you belong to Generation G?
Our World is Going Free
Dono Ergo Non Sum
kicking off for Lowlands 2012
giving puts soul into economy