Rise of the Alternative Currency 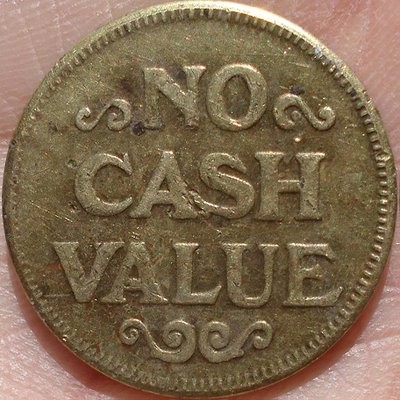 17 Mar Rise of the Alternative Currency

Posted at 23:44h in Economics, Society by Jeroen

We’ve entered an exciting transformative period in which the role of money in our society is being reconsidered. Did you know for instance that all over the world alternative currencies are popping up? No? Well, buckle up then!

Money is essentially created to overcome the limitations of reciprocal trade by creating a quantitative ecosystem that makes exchange and value storage more flexible. But our current monetary system comes with some downfalls as well, which have become ever so apparent in our current timeframe.

Some issues around money

Money promotes hoarding: For instance, €90 now is worth €100 in a years’ time at an interest rate of 11% (I know, I know, approximately ;-). So it promotes todays hoarding of money instead of investing it in sustainable productive resources.  Demurrage, which is instigating a negative interest rate is an instrument to promote the latter.

Money doesn’t bare true value: the true value in a transaction between you and a baker is the bread that’s baked. We tend to ascribe value to money, where in fact it doesn’t have any unless it is backed by an asset or commodity (which in fact often isn’t the case)

Money drives immoral decision making:  Money is an abstract figure. Accumulate billions of them and our brains lose sight of the reality behind that figure.  Take for instance the sub-prime mortgage crisis in 2008; our bankers cut up spreadsheet numbers into risk-assigned variables  and resold them into packages to a party willing to take the higher risk-return rate. Not one of them considered the idea of the potential disastrous effects a moral appeal. After all, they’re just numbers, right?

Money alienates us from each other: money has a tendency to render every interaction into a transaction. On top of that, the system of interest redemption and payment drives people into competition for their share of the pie.

The rise of alternative currencies

Acknowledging these downfalls of our current monetary system, some alternatives arise. These so-called complementary currencies are designed to encourage investing in productive assets rather than hoarding. On top of that, they encourage (local) trade and cooperation and are less susceptible to inflation because they are backed by an external reference such as a commodity or service rather than the fiat of a central authority. They come in various colours and flavours, some of which we’ll explore below.

Time Banking, also known as services exchange or Time Trade, is backed by hours of work delivered.  It is nowadays primarily used by communities to provide and incentive for work such as teaching children, helping the elderly or just what we used to refer to a being neighborly. But it has its social goal as well. By participating you gain credits for your time invested,  gain the opportunity to meet others, confidence and on top of that, it gives a sense of meaning to life. So it builds social capital within a community.  Timebanking is applied within communities all over the world. Some examples? Caire (Dutch), Ithaca Hours (US) Timebanks USA, TimeBanking UK

Now, some electronic currencies are evolving as well, such as Bit Coin, their main advantages being that there is a fixed quantity (just like metal, gold) and no one has the ability to create new bitcoins, there’s no interest so it promotes investment in sustainable assets and there’s no need for a central authority.

Enabled by peer to peer advances online, we have a decreasing necessity for  large corporations. In times of insecurity, we tend to seek security and progress in each other.  We can slowly see how the world is going free, as millions of us around the world are freely giving and sharing places to stay over, music, skills, knowledge & compassion. It all stems from the natural urge of everything in our universe to want to be free.

Complementary currency systems such as time banks are the next step in evolution towards a world that revolves around unconditional giving. Slowly but steadily, we getting there.

Giving is All we Have doesn’t stand still either and is currently participating in a ground-breaking initiative to fuel that evolution, of which I’m sure you will hear more within a year. Sorry guys, I’m dying to tell you more. But be patient. Meanwhile, find some more inspiration here!

A Guidebook to Creating the Future
Creating our 21st Century Society
Radical Financial Innovation
Our World is Going Free
The Economic Crisis: Part 2