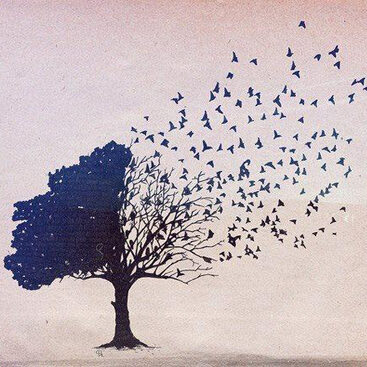 Posted at 09:17h in Inspiration by Jeroen

Every now and then, I catch myself being distracted by the benefits of that ‘old way’ of doing things. Shouldn’t I just get a job like ‘normal’ people do? With security of income, a predictable career path and all? Sounds tempting.

It would be easy to do so. But I just can’t anymore. Finding my soul purpose was a blessing, to say the least. Never before had I so profoundly realized its beauty and seen its potential. But the real challenge only began there. How to physically manifest that which is there?

It appears that it all has to do with creating and maintaining space. Within our own conscious being. It resides exactly at the centre, right in between our thoughts.  There is a tiny, yet endlessly large place in which infinite possibilities circulate freely. And these possibilities, like a little kid waiting to come out and play outdoors.

A Maze of Conventions

Yet these possibilities have to go through a maze. A fear based maze that is defined by Ego, social expectations, insecurity, belief patterns and judgment just to name a few. But they’re all conventions, stuck in our own consciousness. Each time one these conventions sticks to the idea, its potential decreases.  Consider a business idea built upon Ego, would you buy it? Or take the example of a musician: expressing the purity of a musical idea would only get distorted if would be played through a filter of insecurity, Ego or conventional ideas about ‘music’. You just hear, see or feel it straight away.

More than once, I’ve experienced that these conventions have been trying to withhold me from the stuff I am doing with Giving is All we Have.

On those times, I would go back to that space (actually it is more about remembering once more that I am always there) and observe the maze again. What stuff is blurring the purity of an idea and is withholding it to be manifested? It wants to be understood. Only from non-attachment and observation these distractions can profoundly be understood and cleared.

If you’ve managed to break through your own conventions, the challenge is to break through them in the physical world as well. Because most of our current structures and systems within our society, have been built upon these fear-based conventions. All of economic system evolved to be based on ownership, protectionism and instigated rules and regulations to secure it (check out my animation here). Often, these structures hinder wonderful and world-changing initiatives to flourish.

As within your Self, the functioning of these systems have to be observed and understood before they can be dealt with. After all, if you don’t see the fundamental flaws in the systems around us, you would probably not see or feel the necessity of doing something about it.

Unconditionality during the transition

Especially within this time of transition, the necessity for creating space becomes ever so clear. A place that shows how things can be done as well. Giving room for ideas to grow, to shine through our talents and that mobilizes our unconditional nature within society.

My role here is to guide people and businesses in creating that space, and raise their own consciousness one step at a time. Making sure that they can be their pure Self at any given moment in any given situation. So that any idea that comes through will release its full potential to contribute to the world.

Remember:  everything is a convention. Your own thoughts have the fundamental ability to create the world. The purer they are, the higher your potential. But be prepared to break through any convention you encounter.

I would love to hear you thoughts!