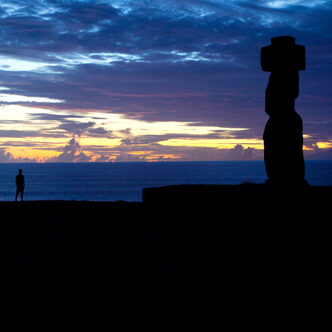 Posted at 22:39h in Consciousness, Economics, Leadership, Society by Jeroen

Some feel we live in an awful period. A period of uncertainty and imbalance. Some are anxiously waiting for the storm to pass by. But we’ve reached a point of no return. And I must say;  I am very excited to live in this era. Not without fear, yet whole-heartedly embracing the unknown, our vulnerability and sheer endless possibility.

Being able to experience and add to a major change of tides thrills me, to say the least. As far as I can tell, the following paradigm shifts are occurring as we speak and will continue to evolve over the next coming years (or decades). They will literally break with our old conceptions, about ourselves and about the way we do business.

Try not to see them as trends. Rather, see them as complementary, enriching the palette of our collective consciousness. Please do not consider any of this to be true, nor false. You will see that this question is rendered irrelevant.  And lastly, none of these thoughts are new; at most they might be relevant to our current timeframe.

I’ve already written about some of these paradigm shifts in previous blog posts, others I will be writing about in 2012.  In any case, I would love to hear your thoughts, ideas and opinions!

1. From Fragmentation to Oneness

We are not aware of the unity of all things in daily life, but divide the world into separate objects and events. Although useful to cope with our everyday environment, this division is not a fundamental feature of reality. It is merely an abstraction devised by our discriminating intellect.  But we shouldn’t confuse a map with reality. The very building blocks of ourselves are identical to the entire cosmos.

And no, ‘Oneness’ is not just some vague abstract concept. In the contrary. There is such a thing as experiencing ‘Oneness’ without decades of arduous practice through Yoga or Meditation. We all experience it in daily life. In moments of compassion, when you’re deeply touched by the emotional state of your best friend. In that irresistibly infectious laugh. When you immerse yourself in nature, and feel humbled by its beauty. In that divine melody, touching you deeply.

Those are the moments that we are experiencing that One stems from within, not from without.

2. From Reality to Possibility

A single thought appears to be able to change the physical world. Increasingly, we are becoming aware that it isn’t about the current reality we live in, nor the current way we do business, but about the world we want to live in. But if such a simple thing as a thought is able to change the world, the following fundamental question of will has to be adressed (both for yourself as for our organisations): do I want to change the world for the better or conform to ‘the way we do things around here’?

3. From Fear to Vulnerability

We’ve been building everything around us based on a sense of protectionism. Whether it be borders, beliefs, habits, sense of ownership. We’ve been taught to protect ourselves from others. Creating a world in which nobody’s willing to take blame, in fear of loss of social regard. It’s an Ego thing.

Slowly but gradually, we will start to embrace our vulnerability. It is quintessential to being human(e). Under its extremely powerful disarming umbrella, we open up to each other, transforming even the most competitive mind into a compassionate & collaborative one. How? Here’s one of the most inspiring speeches I’ve seen in my life. A girl that sets the example: http://www.ted.com/talks/sarah_kay_if_i_should_have_a_daughter.html

4. From Truth to Meaning

For over ages and ages we have pondered over the ultimate truth. It led to an instrumental world-view that rendered everything meaningless. Where we use eachother as a means, not as an end. We’ve taken away our sense of symbolism, just consider the drivers behind rise of creationism and atheism. The 21st century will be a contemplative quest for purpose for all of us, including our organisations. Read my post about purpose here. Putting your life, your strengths in support of something that is bigger than yourself, appears to be the only thing that structurally adds to leading a happy life.

5. From Receiving to Giving

Well, probably know my ideas on this one by now (see previous post 1 & 2). It was the fundamental question I had to answer for myself. What’s left when you strip down everything to the very essence? I came to realize that property is an illusion (see previous post). And that ultimately, ‘Giving’ remains. Because we unfold purpose by what we give, not by what we receive. And it appears to be healthy, contagious, strengthens social ties and makes us happy. But most of all; it’s lots of fun!

The Economic Crisis: Part I
Rise of the Alternative Currency
‘Me First’ versus ‘We First’ Economy?
99 Ways to Live Consciously
A Guidebook to Creating the Future