‘Me First’ versus ‘We First’ Economy? 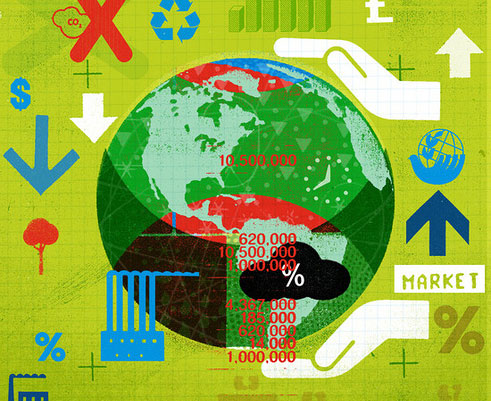 Posted at 09:21h in Economics, Society by Jeroen

The so-called ‘We first’ Economy. It proclaims the inclusion of social and environmental aspects into our way of doing business and economy to be of crucial importance for our next era. However, from a consciousness perspective, defining ‘Me vs. We’ keeps the same origin of our old economy in place.

Me first vs. We first.

The difference between Me vs. We from a unity consciousness perspective is irrelevant. This illusionary difference still stems from the dualism created by the mind. In essence there is no difference between the Me that defines Self and the We that supposedly defines mankind as a collective. Manifesting a ‘new’ economy from this perspective would thus contribute to keeping this difference into place.

We’re not only connected, we are basically a different manifestation of the same. The consequence of this knowing, is that anything you put into this world, whether it be thoughts, behavior or actions, you put into your Self. So the question is: “what do you want to do to your Self?” A question that is relevant on an individual, but also on a corporate level

Quantum theorists have long exposed the fact that on an energetic level we are all One. That we all stem from that same source of infinite possibilities. But the rational & scientific instruments used to uncover these findings won’t provide the means to truly integrate these insights into our lives. After all, it focuses on the outside and observes what is supposedly out there. Reading about it provides rational knowledge, but the challenge for us isn’t mere knowing about it, but to allow it to enter all levels of our consciousness, to literally feel and experience unity. From thereon, a world of infinite potential & creativity opens up, as any stifling belief patterns have been swiped away.

Some people call it the ascension process, others the transition to the 5th dimension. But what it practically implies is the transformation within your Self from a duality mind consciousness to a unity consciousness of the Heart.

Translating this insight on business or economic level, it is of course important that our 21st Century economy will need to take into account everything there is, not just financial profit, but also social, environmental, & spiritual profit. But the most important thing is that the motivation behind stems from unity, not from dualism. Businesses that manifest initiatives from this knowing, will have the opportunity go down into history as one that shaped our society. Their first challenge is to undo employees from duality, and get them into a unity consciousness of the heart. Doing so will unveil a world of infinite potential, creativity, happiness and meaning. What business people now generally refer to as Human Resource Management will soon transform into something called Human Consciousness Development.

Not every company is ready for it yet. It requires a sense of urgency first, followed by gut & perseverance, because breaking through all of the previous beliefs, systems & structures that shape our current economy won’t be an easy task. But those companies who dare are blessed with meaning & multi dimensional success!

—
Giving is All we Have guides businesses in transformation programs, so that they will gain the opportunity become the game shapers of our 21st Century. Curious?

The Economic Crisis: Part I
99 Ways to Live Consciously
Radical Financial Innovation
Soul Teachings
do you belong to Generation G?