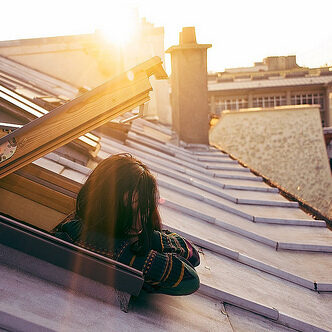 Posted at 13:47h in Economics, Leadership by Jeroen

Our monetary system bares some fundamental flaws that will eventually take care of its own collapse. It appears that we’re on the verge of the most radical financial innovation ever.

The time for mankind to evolve to a next consciousness level is now. A time in which relieving ourselves from any of our old habits, beliefs and systemic blockages is of quintessential importance. One of these systemic blockages appears to be our monetary system (taking our economic system with it along the way).

Is there an issue with money at all?

‘Now what’s the issue with money’, I hear you think. ‘After all, our monetary system has served us well over the past centuries, right?’ True. But it appears that now the side-effects are coming to surface. Or better, we are collectively becoming consciously aware of these effects, yet they have always been lurking around the corner.

We all have been educated to perceive money and economy as a means of progress, giving us unprecedented social, technological and economic progress. Adhering to this worldview, economic growth became our religion, with individual monetary gains as the primary driving force behind. Yet at the same time, it distorted our perspective on progress. Let’s examine the subject matter a bit closer.

The concept of interest created this world in which we will always have more debt than the total amount of money available. And while economists generally that the ideal state of an economic system is being in perfect equilibrium (growth rate of 0%), the design of our monetary system necessitates that system to grow infinitely.

Needless to say, an infinite growth pattern on a finite system doesn’t go very well with each other. Sustainable living however thrives on the concept of equilibrium. It is about balancing what we truly need with what’s available to all of us. About mastering the process of giving and receiving. But how to do so if we live in a system that pushes us into growth? (more consumption, more luxury, more productivity, and the list goes on and on…)

Many initiatives within the field of sustainability, new energy or social innovations are simply rejected because banks, governments or other investors are unwilling to fund the initiatives. Think about it: why on earth we would we block innovations that drive human progress while all the resources to develop them are readily available? And this has already long been going on.

Around 1900, Tesla had already figured out a way of free energy for all through capturing cosmic rays. But further development of JP Morgan, American financier and banker who dominated corporate finance and industrial consolidation during his time: “There’s no money in free energy”.

A perfectly legitimate reason if you religiously adhere to individual financial gains as a means of progress. But from the perspective sustainable progress for the collective, probably one of the stupidest decisions to make.

There’s this other thing to money, which is so subtle that many of us won’t even notice. It drives any what in essence could be an act of unconditional giving into a business transaction. Money was invented to facilitate flexible trade (amongst others). An intrinsic property of trade is reciprocity expectations. In other words, when we give, we expect something back. Now, this “this for that” property has been grounded so deeply in our belief system, that we almost seem to forget who we truly are. Unconditional love. Unconditional giving.

From a unity consciousness of the heart, money doesn’t bare any value at all. After all, don’t we all want to do the things we love and freely share our talents with the world? From our hearts we all are intrinsically motivated. We would do the things we do, no matter what external influences would distract us. These days, many people are (consciously or unconsciously) extrinsically motivated or demotivated.

Let’s do a quick test.

Would you be doing the same thing you are doing right now if money wouldn’t play a role?

If you would, you are at least to a certain extent either motivated by money (try to figure out for your self where it stems from: career, beliefs about ‘success’ & social regard, security) or demotivated by money (i.e. not doing the things you love, because of lack of money, fear of losing ‘security’). In this case, money often feels like a millstone round our necks, withholding us from doing the things we love from pure will. In both cases people generally tend to (unconsciously) feel that search for purpose and happiness.

A world without money?

Imagine a world without money. There would be no need for administrative or financial jobs anymore. Millions of people worldwide would be enabled to collectively work from their hearts. Innovative ideas wouldn’t be assessed according to their risk-return rate, but would be assessed from the perspective of: “does it contribute our society and mother Earth?” All necessary resources would then be assigned to the project based on that single criterion. Often I come across the question: so we’re going back to bartering? Definitely not. Bartering still has reciprocity at its core. This is a world of unconditional giving.

In this world, leadership is about collectively engaging people by a vision that contributes to collective happiness and consciousness development of mankind, taking well-being of Nature at its very core.

The most radical financial innovation ever?

The most radical financial innovation we now face is to relieve ourselves from that systemic blockage called money. Doing so will free up all the positive energy nature has intended for us to experience in this world.

Now don’t get me wrong, there’s nothing wrong with our current situation. Everything is perfect as it is, because without the teachings gained from our current way of doing things, we wouldn’t have come to these insights. These teachings are part of nature that pushes us towards our purpose, just like a tree grows like nature intended it so.

But bear in mind that money or our monetary system isn’t the root of our challenges at hand. The origin of it ultimately resides within our own consciousness. As we are all on that quest towards unconditional being, loving, giving (if there’s a distinction between those at all) this world will eventually come into effect sooner or later.

The question is: how will it come into place? Will it need a complete collapse of our monetary system? Consciousness development thrives on confrontation, so that would be a highly effective and quick way of doing so. Or will it gradually evolve over years by means of financial restructuring, the implementation of interest-less money being the first step?

It is up to the architects of our society: ourselves. Consuming less, reconnecting to nature by growing our own food, giving and sharing are processes that already are going on worldwide. These will experience a major uprise in the coming years and will pave the way to create that Society from the heart. In which we will sooner or later realize that we don’t need money at all.

Rise of the Alternative Currency
‘Me First’ versus ‘We First’ Economy?
A Guidebook to Creating the Future
Creating our 21st Century Society
Our World is Going Free